Hopefully, we are getting back to some sort of normality and in the not to distant future we will be able to gather in a venue and get back to fundraising in the old-fashioned way.

In the meantime, a couple of things we are working on is a betting spreadsheet via Survey Monkey that will allow you to make selections on the races either in advance of the night or during the event itself while still running fundraising race nights via Zoom.

We actually think that once social gatherings are allowed again some people may still want to isolate and for a while race nights will be run with people in attendance and others taking part via either Zoom or text.

Our Novelty races are going down well for family and friends fun nights via Zoom and we are looking into the possibility of recording some new races in this format. Check out 10 Irish Pig racing or 10 Novelty Race Downloads:

A Rotary Club in Northants contacted us about the best way to run a race night via Zoom and raise funds at the same time. They wanted the format to be a simple as possible and here are our suggestions:

How you compile the selections and scoreboard is up to you, Excel spreadsheet or pen and paper. 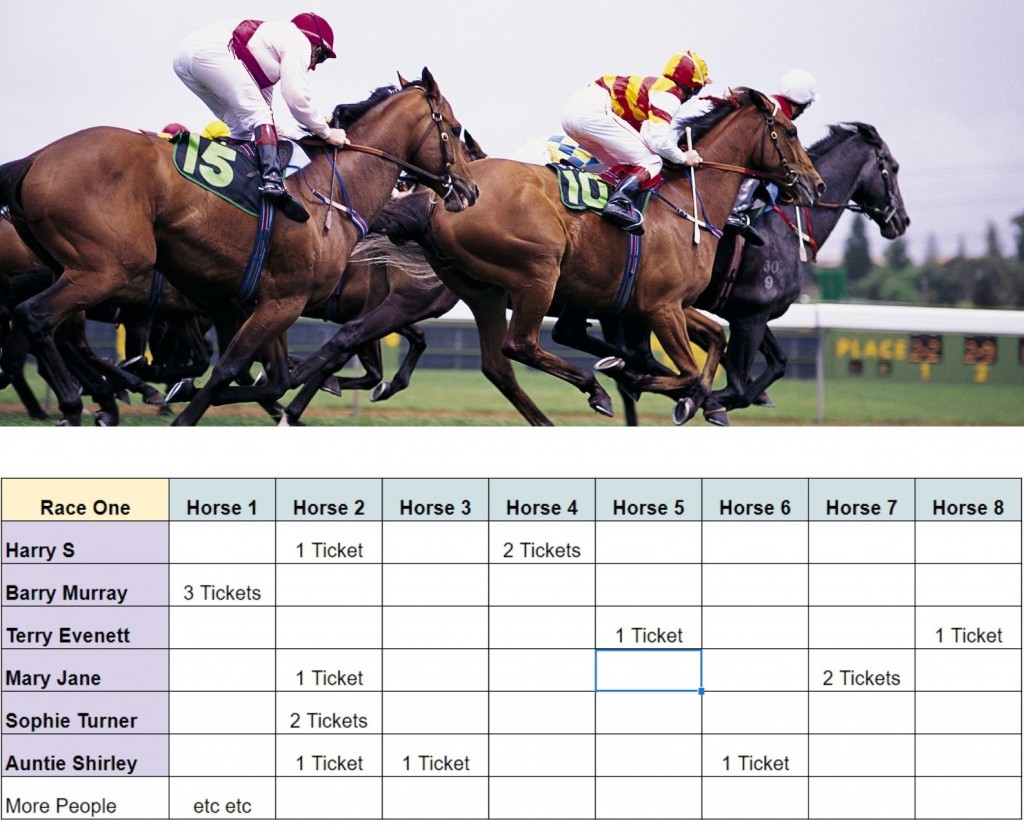 Now that you have downloaded your horse races you will see that by playing one (once downloaded you can play them as many times as you like) that the race has a commentary by number and always 8 runners in every race.

You now have £150 left for the prize pot. Everybody taking part gets to choose three horses in each race.

Some customers are taking all the selections in advance of the night and just showing the races. This will give more time to show more races and have a chat in-between.

Other customers are taking the selections race by race on the night during the Zoom call. This will take up more time giving you less time to show more races and have a chat via Zoom. 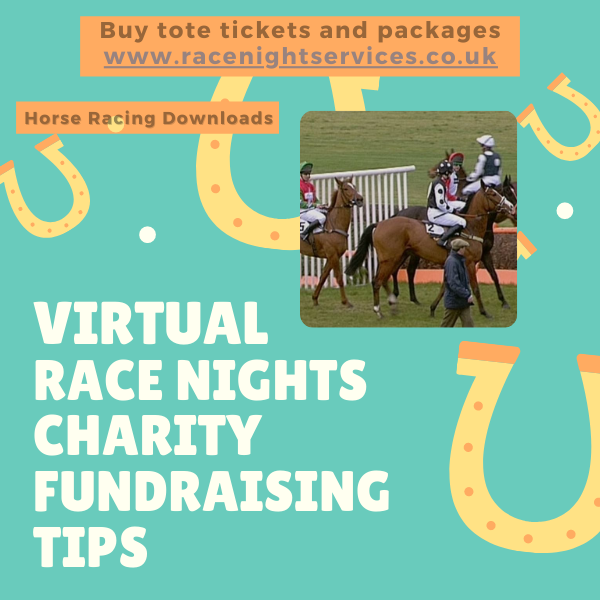